As we have shown on the top universities ranking page MIT has been consistently among the best technical universities in the world. So it is expected that such a prestigious university produces famous and high impact graduates. Here we look at the name of some of these famous graduates. 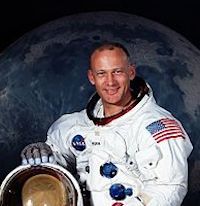 Buzz Aldrin (born Edwin Eugene Aldrin Jr.; January 20, 1930) is an American engineer and former astronaut. As the Lunar Module Pilot on Apollo 11, he was one of the first two humans to land on the Moon, and the second person to walk on it. He set foot on the Moon at 03:15:16 on July 21, 1969 (UTC), following mission commander Neil Armstrong. He is a former U.S. Air Force officer with the Command Pilot rating. He also went into orbit on the Gemini 12 mission, finally achieving the goals for EVA (space-walk work) that paved the way to the Moon and success for the Gemini program; he spent over five hours on EVA on that mission.

After graduating from Montclair High School in 1947, Aldrin turned down a full scholarship offer from the Massachusetts Institute of Technology (which he would later attend for graduate school), and went to the United States Military Academy at West Point, New York. The nickname “Buzz” originated in childhood: the younger of his two elder sisters mispronounced “brother” as “buzzer”, and this was shortened to Buzz. Aldrin made it his legal first name in 1988.

Aldrin is on the National Space Society’s Board of Governors, and has served as the organization’s Chairman; an inductee of the U.S. Astronaut Hall of Fame, National Aviation Hall of Fameand the International Space Hall of Fame; and a member of The Planetary Society, with Aldrin’s pre-recorded voice appearing on nearly every episode of the Society’s Planetary Radio.

Kofi Atta Annan (born 8 April 1938) is a Ghanaian diplomat who served as the seventh Secretary-General of the United Nations from January 1997 to December 2006. Annan and the UN were the co-recipients of the 2001 Nobel Peace Prize. He is the founder and chairman of the Kofi Annan Foundation, as well as chairman of The Elders, an international organization founded by Nelson Mandela. Annan studied at the MIT Sloan School of Management (1971–72) in the Sloan Fellows program and earned a master’s degree in management. 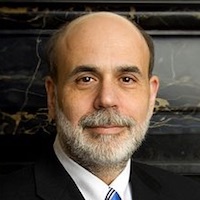 Ben Shalom Bernanke (born December 13, 1953) is an American economist at the Brookings Institution who served two terms as Chairman of the Federal Reserve, the central bank of the United States, from 2006 to 2014. During his tenure as chairman, Bernanke oversaw the Federal Reserve’s response to the late-2000s financial crisis. Before becoming Federal Reserve chairman, Bernanke was a tenured professor at Princeton University and chaired the department of economics there from 1996 to September 2002, when he went on public service leave.

From August 5, 2002 until June 21, 2005, he was a member of the Board of Governors of the Federal Reserve System, proposed the Bernanke Doctrine, and first discussed “the Great Moderation” — the theory that traditional business cycles have declined in volatility in recent decades through structural changes that have occurred in the international economy, particularly increases in the economic stability of developing nations, diminishing the influence of macroeconomic (monetary and fiscal) policy.

Bernanke wrote about his time as chairman of the Federal Reserve in his 2015 book, The Courage to Act, in which he revealed that the world’s economy came close to collapse in 2007 and 2008. Bernanke asserts that it was only the novel efforts of the Fed (cooperating with other agencies and agencies of foreign governments) that prevented an economic catastrophe greater than the Great Depression.

Bernanke was educated at East Elementary, J.V. Martin Junior High, and Dillon High School, where he was class valedictorian and played saxophone in the marching band. Since Dillon High School did not offer calculus at the time, Bernanke taught it to himself. Bernanke scored 1590 out of 1600 on the SAT and was a National Merit Scholar.

Bernanke attended Harvard University, where he lived in Winthrop House, as did the future CEO of Goldman Sachs, Lloyd Blankfein, and graduated with an A.B. degree, and later with an A.M. in economics summa cum laude in 1975. He received a Ph.D. degree in Economics from the Massachusetts Institute of Technology in 1979 after completing and defending his dissertation, Long-Term Commitments, Dynamic Optimization, and the Business Cycle. Bernanke’s thesis adviser was the future governor of the Bank of Israel, Stanley Fischer, and his readers included Irwin S. Bernstein, Rüdiger Dornbusch, Robert Solow, and Peter Diamond of MIT and Dale Jorgenson of Harvard.

Some of his awards: 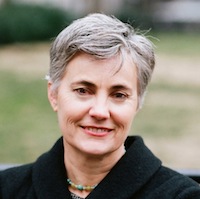 Robin Chase is a transportation entrepreneur. She is co-founder and former CEO of Zipcar. She is also the founder and former CEO of Buzzcar, a peer-to-peer car sharing service, acquired by Drivy. She also started the defunct GoLoco.org, a ride-sharing company. She is co-founder and Executive Chairman of Veniam, a vehicle network communications company. She authored the book, Peers Inc: How People and Platforms are Inventing the Collaborative Economy and Reinventing Capitalism. Chase is currently a Board member for the World Resources Institute, and the Nasdaq listed Tucows Inc.

Chase spent her childhood in the Middle East and graduated from Waterford Kamhlaba United World College of Southern Africa, Wellesley College (B.A.), and the MIT Sloan School of Management (M.B.A.), and won a Loeb Fellowship at the Harvard Graduate School of Design. 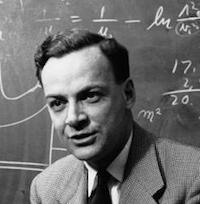 Richard Phillips Feynman (May 11, 1918 – February 15, 1988) was an American theoretical physicist known for his work in the path integral formulation of quantum mechanics, the theory of quantum electrodynamics, and the physics of the superfluidity of supercooled liquid helium, as well as in particle physics for which he proposed the parton model. For his contributions to the development of quantum electrodynamics, Feynman, jointly with Julian Schwinger and Shin’ichirō Tomonaga, received the Nobel Prize in Physics in 1965.

Feynman developed a widely used pictorial representation scheme for the mathematical expressions governing the behavior of subatomic particles, which later became known as Feynman diagrams. During his lifetime, Feynman became one of the best-known scientists in the world. In a 1999 poll of 130 leading physicists worldwide by the British journal Physics World he was ranked as one of the ten greatest physicists of all time.

He assisted in the development of the atomic bomb during World War II and became known to a wide public in the 1980s as a member of the Rogers Commission, the panel that investigated the Space Shuttle Challenger disaster. Along with his work in theoretical physics, Feynman has been credited with pioneering the field of quantum computing and introducing the concept of nanotechnology. He held the Richard C. Tolmanprofessorship in theoretical physics at the California Institute of Technology.

Feynman was a keen popularizer of physics through both books and lectures, including a 1959 talk on top-down nanotechnology called There’s Plenty of Room at the Bottom, and the three-volume publication of his undergraduate lectures, The Feynman Lectures on Physics. Feynman also became known through his semi-autobiographical books Surely You’re Joking, Mr. Feynman! and What Do You Care What Other People Think? and books written about him, such as Tuva or Bust! and Genius: The Life and Science of Richard Feynman by James Gleick. 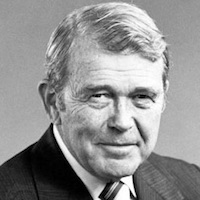 William “Bill” Redington Hewlett (May 20, 1913 – January 12, 2001) was an American engineer and the co-founder, with David Packard, of the Hewlett-Packard Company (HP). He received his Bachelor’s degree from Stanford University in 1934, a Master of Science degree in electrical engineering from MIT in 1936, and the degree of Electrical Engineer from Stanford in 1939. Bill was president of HP from 1964 to 1977, and served as CEO from 1968 to 1978, when he was succeeded by John A. Young. He remained chairman of the executive committee until 1983, and then served as vice chairman of the board until 1987. 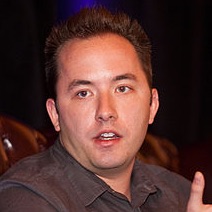 Andrew W. “Drew” Houston is an American Internet entrepreneur who is best known for being the founder and CEO of Dropbox, an online backup and storage service.

Drew was born in Acton, Massachusetts in 1983. His father, who was a Harvard University graduate, bought Drew his first computer which he used to learn BASIC Programming. Drew attended Acton-Boxborough Regional High School in the 1990s. He later graduated with a degree in Computer Science from the Massachusetts Institute of Technology, where he was a member of the Phi Delta Theta fraternity. It was there that he met Arash Ferdowsi who would later go on to be co-founder and CTO of Dropbox.

In June 2013, MIT invited Houston to serve as speaker at its annual commencement ceremonies. In his remarks, Houston gave this advice: “They say that you’re the average of the five people you spend the most time with. Think about that for a minute: who would be in your circle of five? I have some good news: MIT is one of the best places in the world to start building that circle. If I hadn’t come here, I wouldn’t have met Adam, I wouldn’t have met my amazing cofounder, Arash, and there would be no Dropbox. One thing I’ve learned is surrounding yourself with inspiring people is now just as important as being talented or working hard. Can you imagine if Michael Jordan hadn’t been in the NBA, if his circle of five had been a bunch of guys in Italy? Your circle pushes you to be better, just as Adam pushed me.”

Shirley Ann Jackson (born August 5, 1946) is an American physicist, and the eighteenth president of Rensselaer Polytechnic Institute. She is the first African-American woman to have earned a doctorate at the Massachusetts Institute of Technology (MIT). She is also the second African American woman in the United States to earn a doctorate in physics. She has also received many honorary doctorate degrees. In 1985, Governor Thomas Kean appointed her to the New Jersey Commission on Science and Technology. She is an active voice in numerous committees of the National Academy of Sciences, the American Association for the Advancement of Science(AAAS), and the National Science Foundation.

In 2004, she became president of the American Association for the Advancement of Science and chaired the AAAS board in 2005. In 2008 she became the University Vice Chairman of the U.S. Council on Competitiveness, a non-for profit group based in Washington, D.C.. In 2009, President Barack Obama appointed Jackson to serve on the President’s Council of Advisors on Science and Technology, a 20-member advisory group dedicated to public policy. 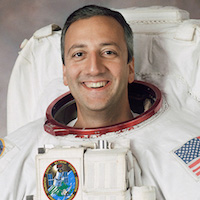 Michael James Massimino was born August 19, 1962 in Oceanside, New York. He is a professor of mechanical engineering at Columbia University and a former NASA astronaut. He is the senior advisor of space programs at the Intrepid Sea, Air & Space Museum.

Selected as an astronaut candidate by NASA in May 1996, Massimino reported to the Johnson Space Center in August 1996. He completed two years of initial training and evaluation and qualified for flight assignment as a mission specialist. Prior to his first space flight assignment, Massimino served in the Astronaut Office Robotics Branch, and in the Astronaut Office Extravehicular Activity (EVA) Branch. He has served as a CAPCOM (spacecraft communicator) in Mission Control and performed other technical tasks in the Astronaut Office CAPCOM Branch. Currently he is on loan from the Johnson Space Center and serves as a visiting professor at Columbia University teaching a course on human spaceflight. On July 29, 2014, Massimino announced that he would be leaving NASA to pursue a teaching career at Columbia University, in New York City. 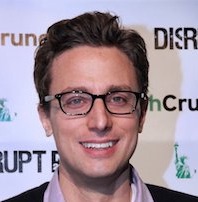 Jonah Peretti (born January 1, 1974) is an American Internet entrepreneur, a co-founder of BuzzFeed and The Huffington Post, and developer of reblogging under the project “Reblog”.

Peretti grew up in Oakland, California. He attended the University of California, Santa Cruz, where he graduated with a degree in environmental studies in 1996. He taught computer science classes at Isidore Newman School in New Orleans, Louisiana in the mid-1990s. He completed a postgrad at the MIT Media Lab. While there, he became known for an email exchange with Nike over a request to print “sweatshop” on custom order shoes that went viral. He left The Huffington Post in 2011 after it was bought by AOL for $315 million.