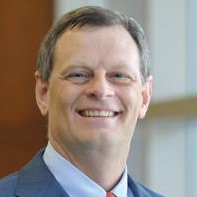 John Cioffi
Hitachi Professor Emeritus of Engineering at Stanford University and the CEO and Chairman of the Board of ASSIA Inc., Ph.D. - Stanford.

John Cioffi is a Professor Emeritus of Electrical Engineering at Stanford University and prolific inventor who has made contributions in telecommunication system theory, specifically in coding theory and information theory. Best known as “the father of DSL,” Cioffi’s pioneering research was instrumental in making digital subscriber line (DSL) technology practical and has led to over 400 publications and more than 100 pending or issued patents, many of which are licensed.

John Cioffi was born and raised in Illinois. He earned a B.S.E.E. degree from the University of Illinois at Urbana–Champaign in 1978. From 1978 to 1982, he worked as a modem designer at Bell Laboratories in New Jersey. While at Bell Laboratories, he also attended Stanford University, where he earned a Ph.D. degree in Electrical Engineering in 1984. In 1984, Cioffi left Bell Labs to work at IBM as a hard disk drive read channel researcher.

In 1986, Cioffi began his teaching career as an assistant professor of electrical engineering at Stanford University. Cioffi supervised the Ph.D. programs of more than 70 students over the course of more than two decades. His and his students’ research into discrete multitone modulation (DMT) became widely adopted in digital subscriber line (DSL) technology, used commonly for Internet access.

In 1991, at the age of 35, Cioffi took a leave of absence from Stanford to found Amati Communications Corporation. His vision was to build DSL modems based on his and his students’ research. Many of Cioffi’s former and present students followed him to Amati, where they built the Prelude modem, a DSL modem that could transmit 6+ megabits per second over 9,000 feet of telephone line. The Prelude modem would go on to win what has become known as the “Bellcore ADSL Olympics” in 1993 by performing significantly better than modems using single-carrier modulation techniques, such as quadrature amplitude modulation (QAM) and carrierless amplitude phase modulation (CAP), including modems from AT&T and Bellcore. Hundreds of millions of people now use DSL based on Amati’s innovations.

In 1993, Cioffi returned to Stanford, although he remained involved with Amati as an officer and director until its 1998 acquisition by Texas Instruments. Cioffi’s research interests then turned to dynamic spectrum management (DSM), an improvement on DSL that mitigates service interruptions and allows DSL lines to run with higher and more reliable data rates.

In 2003, Cioffi founded Adaptive Spectrum and Signal Alignment, Inc. (ASSIA) to help service providers realize improvements in the performance and profitability of their DSL networks. Today ASSIA’s customers collectively provide DSL service to more than 70 million subscribers worldwide. In 2009, Cioffi assumed emeritus status at Stanford, as the Hitachi Professor Emeritus of Engineering. He is now CEO and Chairman of ASSIA.

Professor Cioffi has suggested books in the following area: