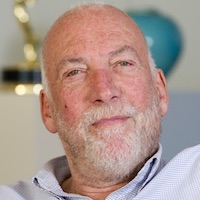 Kornelis Antonie (Kees) Schouhamer Immink (born 18 December 1946) is a Dutch scientist, inventor, and entrepreneur, who pioneered and advanced the era of digital audio, video, and data recording, including popular digital media such as Compact Disc, DVD and Blu-ray Disc. He has been a prolific and influential engineer, who holds more than 1100 U.S. and international patents. A large portion of the commonly used audio and video playback and recording devices use technologies based on his work.[3] His contributions to coding systems assisted the digital video and audio revolution, by enabling reliable data storage at information densities previously unattainable.

Immink received several tributes that summarize the impact of his contributions to the digital audio and video revolution. Among the accolades received are the IEEE Medal of Honor “for pioneering contributions to video, audio, and data recording technology, including compact disc, DVD, and Blu-ray”, the Edison Medal and an individual Technology Emmy award by the National Academy of Television Arts and Sciences (NATAS). Beatrix, Queen of the Netherlands bestowed him a knighthood in 2000.

Currently, Immink holds the position of president of Turing Machines Inc, which was founded in 1998. During his career, Immink, in addition to his practical contributions, has contributed to information theory. He wrote over 120 articles and four books, including Codes for Mass Data Storage Media. He has been an adjunct professor at the Institute for Experimental Mathematics, University of Duisburg and Essen, Germany, since 1994, as well as affiliated with the National University of Singapore (NUS) as a visiting professor since 1997.

Professor Immink has suggested books in the following areas: