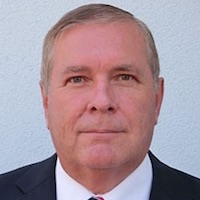 Since 1988 Siegfried Selberherr is a chair professor for software technology of microelectronic systems at the TU Wien. He studied electrical engineering at the TU Wien, where he received the degree of Diplom-Ingenieur and the doctoral degree in technical sciences in 1978 and 1981, respectively, and the Habilitation in 1984. Afterwards he was a visiting researcher with the Bell-Labs for some time. Since 1996 Prof. Selberherr is a Distinguished Lecturer of the IEEE Electron Devices Society. In the years 1998-2005 he was the Dean of the Faculty of Electrical Engineering and Information Technology. Moreover, since 2001 he is a member of the supervisory board of ams AG and since 2004 a member of the advisory board of the Inter-University Department for Agrobiotechnology (IFA-Tulln).

In his scientific career Prof. Selberherr has published, with his teams of researchers, so far over 350 journal papers and over 1000 articles in conference proceedings, of which more than 150 have been with an invited talk. Additionally, he published 2 books and co-edited more than 30 volumes, and he supervised, so far, more than 100 dissertations.

During his research work Prof. Selberherr has developed a simulator for ‘Metal-Oxide-Semiconductor’ devices (MINIMOS), in which a mobility model for charge carriers is implemented, which is named after him. Moreover, he supervised numerous research projects with well-known semiconductor companies and funding agencies, like the Austrian Science Fund (FWF), the Christian Doppler Research Association (CDG), and the European Research Council (ERC).

Professor Selberherr has suggested books in the following area: