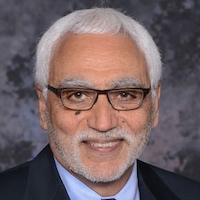 Professor El Gamal has suggested books in the following categories:

Prof. El Gamal’s research contributions have spanned several areas, including network information theory, Field Programmable Gate Array, and digital imaging devices and systems. He has authored or coauthored over 230 papers and holds over 30 patents in these areas. He has coauthored the book Network Information Theory (Cambridge Press 2011). Prof. El Gamal is a member of the National Academy of Engineering and a Fellow of the IEEE. He has received several honors and awards for his research contributions, including the 2016 IEEE Richard W. Hamming Medal, the 2014 Viterbi Lecture, the 2013 Shannon Memorial Lecture, the 2012 Claude E. Shannon Award, the inaugural Padovani Lecture, and the 2004 INFOCOM Paper Award.

Prof. El Gamal has also played key roles in several Silicon Valley companies. In 1984, he founded the LSI Logic Research Lab, which later became the Consumer Product Division. In 1986, he cofounded Actel, where he served in several capacities, including Chief Scientist. In 1990, he co-founded Silicon Architects, where he was Chief Technical Officer and member of the board of directors until Synopsys acquired it in 1995. He was a Vice President of Synopsys from 1995 to 1997. He co-founded Pixim in 1999 (now part of Sony) and Inscopix in 2011 to commercialize imaging technologies developed under the programmable digital camera program. He has also served on the board of directors and advisory boards of several other semiconductor, EDA, and Biotech startups.