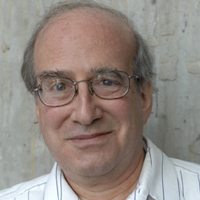 Alan S. Willsky is the Edwin Sibley Webster Professor in the Dept. of Electrical Engineering and Computer Science (retired) at MIT which he joined in 1973, and leads the Stochastic Systems Group. through June 2014. Dr. Willsky served as Director of MIT’s Laboratory for Information and Decision Systems from 2009 through June 2014 (previously as Co-Director 2008-09; Acting Director 2007-08, Asst. Director 1974-81). He is an IEEE fellow and an elected member of the NAE. He is also a founder and member of the board of directors of Alphatech, Inc. (now BAE Systems). In 1975, he received the Donald P. Eckman Award from the American Automatic Control Council. Dr. Willsky has held visiting positions at Imperial College, London, L’Universite de Paris-Sud, and the Institut de Recherche en Informatique et Systemes Aleatoires in Rennes, France. He has served as a co-organizer of International Conferences and workshops, and as an associate editor of several IEEE and mathematical journals and as special guest editor of the first special issue of the IEEE Transactions on Information Theory on wavelet transforms and multiresolution signal analysis in July 1992. Dr. Willsky is the author of the research monograph Digital Signal Processing and Control and Estimation Theory and is co-author of the widely used undergraduate text Signals and Systems. He was awarded the 1979 Alfred Noble Prize by the ASCE, the 1980 Browder J. Thompson Memorial Prize Award by the IEEE for a paper excerpted from his monograph, as well as the 2004 Donald G. Fink Award, the 2010 Technical Achievement Award from the IEEE Signal Processing Society, the 2013 SPS Society Award Signal Processing Society Award of the IEEE Signal Processing Society, and the IEEE’s 2019 Jack S. Kilby Signal Processing Medal. Dr. Willsky’s present research interests are in problems involving multidimensional and multiresolution estimation and imaging, and particularly in the development and application of advanced methods of estimation and statistical signal and image processing. Methods he has developed have been successfully applied in a wide variety of applications including failure detection in high-performance aircraft, advanced surveillance and tracking systems, electrocardiogram analysis, computerized tomography, and remote sensing.

Professor Willsky has used books in the following categories in courses he has taught: