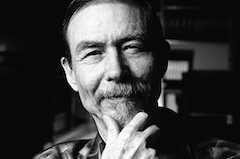 Professor Mead has recommended books in the following categories:

A pioneer of modern microelectronics, Carver Mead has made contributions to the development and design of semiconductors, digital chips, and silicon compilers, technologies which form the foundations of modern very-large-scale integration chip design. In the 1980s, he focused on electronic modeling of human neurology and biology, creating “neuromorphic electronic systems.” Mead has been involved in the founding of more than 20 companies. In 1960, he was the first person to describe and demonstrate a three-terminal solid-state device based on the operating principles of electron tunneling and hot-electron transport. In 1966, Mead designed the first gallium arsenide gate field-effect transistor using a Schottky barrier diode to isolate the gate from the channel. Mead is credited by Gordon Moore with coining the term Moore’s law. In 1968, Mead demonstrated, contrary to common assumptions, that as transistors decreased in size, they would not become more fragile or hotter or more expensive or slower. Rather, he argued that transistors would get faster, better, cooler and cheaper as they were miniaturized. Mead was the first to predict the possibility of storing millions of transistors on a chip. Mead was one of the first researchers to investigate techniques for very-large-scale integration, designing and creating high-complexity microchips. He taught the world’s first VLSI design course, at Caltech in 1970. He co-authored the landmark text “Introduction to VLSI systems”, published in 1979. This was A pioneering textbook, it has been used in VLSI integrated circuit education all over the world for decades. Mead and his Ph.D. student David L. Johannsen created the first silicon compiler, capable of taking a user’s specifications and automatically generating an integrated circuit. Next, he worked with Professor John Hopfield and Nobelist Richard Feynman, helping to create three new fields: Neural Networks, Neuromorphic Engineering, and the Physics of Computation. As the space is limited we leave interested readers to read more about this amazing scientist on his wikipedia page. Here is a list of some of his major awards: