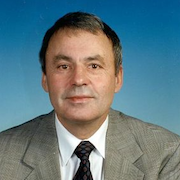 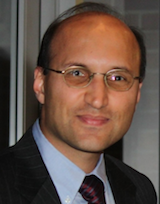 Elwyn Berlekamp
Professor emeritus of mathematics and EECS at the University of California, Berkeley. , Ph.D. - MIT. Professor Shokrollar has kindly also provided “why I like it” comments for books he has suggested as follows:
“Introduction to Coding Theory” by the late J.H. van Lint. Why I like it: it is concisely written and full of excellent information, yet not overwhelming. The third edition also includes codes from algebraic geometry, again written in a concise and non-overwhelming way. The best place to read about algebraic coding theory if you are mathematically inclined.
“Algebraic Coding Theory” by E.R. Berlekamp. Why I like it: it is a classic and contains the original Reed-Solomon decoding algorithms much of which has been invented by the author. It is not easy to read; Berlekamp mixes efficiency with theory, but once you get over it, you find the many gems that are hidden in plain sight.
“Algebraic Function Fields and Codes” by H. Stichtenoth. Why I like it: it is a matter of taste. Academically, I grew up in a number theory community so the language of function fields is much easier for me to work in than the full machinery of algebraic geometry. This book introduces Goppa’s algebraic-geometric codes from this angle, using concise and precise mathematical objects.
“List decoding of error-correcting codes” by V. Guruswami. Why I like it: It is the definitive text on list decoding algorithms. It is written in the dialect used by theoretical computer scientists (perhaps another reason I like it), so sometimes difficult to read for a EE major. It has tons of really nice gems.
“Error Control Coding,” by S. Lin and D. Costello. Why I like it: it has tons of interesting practical applications of coding theory. An eye opener for someone who has entered the field through the pure math door.
“Raptor Codes” by A. Shokrollahi and M. Luby. Why I like it: I don’t really like promoting my own work, but this is the only book dedicated to the topic of Fountain Codes, so, good or bad, it is the only place where one can learn about these codes in a book. Note: the following books are not recommended by Professor Médard. They are books that have been used as reference texts in one/some courses she has taught. Note: the following books are not recommended by Professor Tse. They are books that have been used as reference texts in one/some courses he has taught.

In error control coding a number of redundant bits are added to the bits to be transmitted. These redundant bits will be exploited at the receiver to detect and/or correct errors. The inclusion of redundancy in the transmitted signal results in a coded signal consisting of more bits than the original uncoded signal. The trade-off for this overhead is the ability to detect, and possibly correct, errors at the receiver. The performance improvement that occurs when using error control coding is often measured in terms of coding gain. In this page you will find list of excellent error control coding books that are provided by some world-renowned experts.