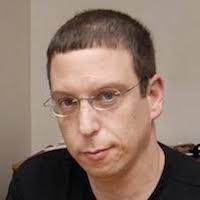 Professor Boneh has recommended books in the following area:

Born in Israel in 1969, Dan Boneh obtained his Ph.D. in Computer Science from Princeton University in 1996 under the supervision of Richard J. Lipton.

Professor Boneh is one of the principal contributors to the development of pairing-based cryptography from the Weil Pairing, along with Matt Franklin of the University of California, Davis. He joined the faculty of Stanford University in 1997, and became professor of computer science and electrical engineering. He teaches massive open online courses on the online learning platform Coursera. In 1999 he was awarded a fellowship from the David and Lucile Packard Foundation. In 2002, he co-founded a company called Voltage Security with three of his students. The company was acquired by Hewlett Packard in 2015.

Some of Professor Boneh’s results in cryptography include:

2015: Privacy-preserving proofs of solvency for Bitcoin exchanges 2010: Efficient Identity-Based Encryption from Learning with Errors Assumption (with Shweta Agrawal and Xavier Boyen) 2010: He was involved in designing tcpcrypt, TCP extensions for transport-level security 2005: A partially homomorphic cryptosystem (with Eu-Jin Goh and Kobbi Nissim) 2005: The first broadcast encryption system with full collision resistance (with Craig Gentry and Brent Waters) 2003: A timing attack on OpenSSL (with David Brumley) 2001: An efficient identity-based encryption system (with Matt Franklin) based on the Weil pairing. 1999: Cryptanalysis of RSA when the private key is less than N0.292 (with Glenn Durfee) 1997: Fault-based cryptanalysis of public-key systems (with Richard J. Lipton and Richard DeMillo) 1995: Collision resistant fingerprinting codes for digital data (with James Shaw) 1995: Cryptanalysis using a DNA computer (with Christopher Dunworth and Richard J. Lipton)

Some of his contributions in computer security include:

2007: “Show[ing] that the time web sites take to respond to HTTP requests can leak private information.” 2005: PwdHash a browser extension that transparently produces a different password for each site