Finding good books for kids is not an easy task. Fortunately, we have stumbled uppon some suggestions from a world-renowned Stanford University Professor, Christopher Manning. Here is a short biography of Professor Manning so you get to know him a little more: 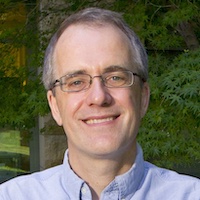 Christopher Manning is a professor of computer science and linguistics at Stanford University, Director of the Stanford Artificial Intelligence Laboratory, and Co-director of the Stanford Human-Centered Artificial Intelligence Institute. He works on software that can intelligently process, understand, and generate human language material. He is a leader in applying Deep Learning to Natural Language Processing, including exploring Tree Recursive Neural Networks, neural network dependency parsing, the GloVe model of word vectors, neural machine translation, question answering, and deep language understanding. He also focuses on computational linguistic approaches to parsing, natural language inference and multilingual language processing, including being a principal developer of Stanford Dependencies and Universal Dependencies. Manning is an ACM Fellow, a AAAI Fellow, an ACL Fellow, and a Past President of ACL. He has coauthored leading textbooks on statistical natural language processing and information retrieval. He is the founder of the Stanford NLP group (@stanfordnlp) and manages development of the Stanford CoreNLP software.

Books for 0 to 3-year old kids

Here is what Professor Manning has said: “Books for tiny kids pretty much divide into two categories: ones that are complete drivel or at least anemic (and which often come in big series), and those that have redeeming virtues as pieces of literature. Here are some of the good ones. I sometimes threaten to throw out all the other books we own, but I have to confess that my children’s opinions of which books to obsess over don’t always match up with my judgements as shown below.“.

Books for 4 to 6-year old kids

Here is what Professor Manning has said: “There are many, many wonderful picture books for slightly bigger kids. A few of my favorites were:”

The Father Who
Had Children
Giraffes Can’t
Dance
Olivia

Books for 7 to 9-year old kids

Here is what Professor Manning has said: “At this stage my kids (both boys) only wanted to read books about small animals with martial tendencies, which mainly come in many volume series. If that’s not your thing, I’ve got nothing for you. If it is, well, they really loved:”

Here is what Professor Manning has said: “There were a few truly great books that we read as a family during this period. Two of them are:”

Here is what Professor Manning has said: “Teenagers these days want to read dystopian fantasies. It’s not something you can influence. Things like Ready Player One. They tell me Old Man’s War is a good series.”