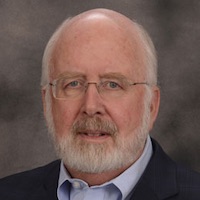 Sam Fuller is CTO Emeritus of Analog Devices, Inc., following service as the CTO and vice president of R&D. He previously served as vice president of research chief scientist at Digital Equipment Corporation, where he designed and did the performance analysis of advanced multiprocessor computer systems. He established Digital Equipment’s Research Labs in the US and Europe that resulted in advanced processor architectures and the pioneering Alta Vista Internet search engine. He is a fellow of the Institute of Electrical and Electronics Engineers (IEEE), a member of the National Academy of Engineering and a fellow of the American Association for the Advancement of Science. Fuller also serves on the Board of the Corporation for National Research Initiatives (CNRI). Fuller earned his PhD in electrical engineering at Stanford University.

Dr. Fuller has suggested books in the following categories: