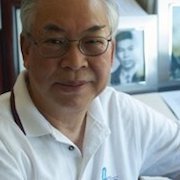 Shu Lin received the B.S.E.E. degree from the National Taiwan University, Taipei, Taiwan, in 1959, and the M.S. and Ph.D. degrees in electrical engineering from Rice University, Houston, TX, in 1964 and 1965, respectively. In 1965, he joined the Faculty of the University of Hawaii, Honolulu, as an Assistant Professor of Electrical Engineering. He became an Associate Professor in 1969 and a Professor in 1973. In 1986, he joined Texas A&M University, College Station, as the Irma Runyon Chair Professor of Electrical Engineering. In 1987, he returned to the University of Hawaii. From 1978 to 1979, he was a Visiting Scientist at the IBM Thomas J. Watson Research Center, Yorktown Heights, NY, where he worked on error control protocols for data communication systems. He spent the academic year of 1996-1997 as a Visiting Chair Professor at the Technical University of Munich, Munich, Germany.

He retired from University of Hawaii in 1999 and he is currently an Adjunct Professor at University of California, Davis. He has published at least 800 technical papers in prestigious refereed technical journals and international conference proceedings. He is the author of the book, An Introduction to Error-Correcting Codes (Englewood Cliff, NJ: Prentice-Hall, 1970). He also co-authored (with D. J. Costello) the book, Error Control Coding: Fundamentals and Applications (Upper Saddle River, NJ: Prentice-Hall, 1st edition, 1982, 2nd edition, 2004), the book (with T. Kasami, T. Fujiwara, and M. Fossorier), Trellises and Trellis-Based Decoding Algorithms, (Boston, MA: Kluwer Academic, 1998), and the book, Channel Codes: Classical and Modern (Cambridge University Press 2009).

Professor Lin has suggested books in the following categories: