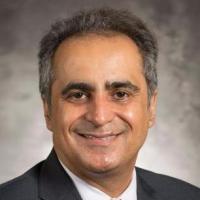 In Jan 2018, He joined Duke University, as the Rhodes Family Professor of Electrical and Computer Engineering, Computer Science, and Mathematics and Bass Connections Endowed Professor. From Jan 2018 to May 2018, He was also a Gordon Moore Distinguished Scholar in the California Institute of Technology (CALTECH). Since Jan 2019, he has also been named as a Microsoft Data Science Investigator at Duke University. He has supervised 35 Post-doctoral Fellow and 16 PhD students; about 50% of these are Professors at Research Universities, and the rest are research scientists at various US Government sponsored (Lincoln Labs, NASA), and industry research labs. In addition to these, he has supervised 12 M.S. thesis, one undergraduate thesis, and three M.S. non-thesis students. In the summer of 2016, Dr. Tarokh supervised 6 (mainly underrepresented) High School Summer Student Research on development of tactile gloves and applications while volunteering under a United States Army Education Outreach HSAP Program https://www.usaeop.com/.

Tarokh has received a number of awards including the Governor General of Canada Academic Gold Medal 1996, the IEEE Information Theory Society Prize Paper Award 1999, The Alan T. Waterman Award 2001 and was selected as one of the Top 100 Inventors of Years (1999–2002) by Technology Review magazine. In 2002, the IEEE Communications Society recognized him as the co-author of one of the 57 most important papers in all society’s transactions during the past 50 years. He was named a Guggenheim Fellow in Applied Mathematics for his contributions to the theory of pseudo-random matrices. He holds four honorary degrees.

His current research interests are in representation, modeling, inference and prediction from data, and the design of organic machines.

Professor Tarokh has recommended books in the following categories: