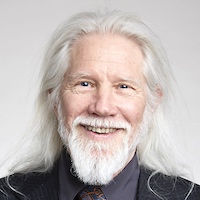 Bailey Whitfield ‘Whit’ Diffie (born June 5, 1944), ForMemRS, is an American cryptographer and one of the pioneers of public-key cryptography along with Martin Hellman and Ralph Merkle. Diffie and Hellman’s 1976 paper New Directions in Cryptography introduced a radically new method of distributing cryptographic keys, that helped solve key distribution—a fundamental problem in cryptography. Their technique became known as Diffie–Hellman key exchange. The article stimulated the almost immediate public development of a new class of encryption algorithms, the asymmetric key algorithms.

After a long career at Sun Microsystems, where he became a Sun Fellow, Diffie served for two and a half years as Vice President for Information Security and Cryptography at the Internet Corporation for Assigned Names and Numbers (2010–2012). He has also served as a visiting scholar (2009–2010) and affiliate (2010–2012) at the Freeman Spogli Institute’s Center for International Security and Cooperation at Stanford University, where he is currently a consulting scholar.

Diffie was born in Washington, D.C., the son of Justine Louise (Whitfield), a writer and scholar, and Bailey Wallys Diffie, who taught Iberian history and culture at City College of New York. His interest in cryptography began at “age 10 when his father, a professor, brought home the entire crypto shelf of the City College Library in New York.”

At Jamaica High School in Queens, New York, Diffie “performed competently” but “never did apply himself to the degree his father hoped.” Although he graduated with a local diploma, he did not take the statewide Regents examinations that would have awarded him an academic diploma because he had previously secured admission to Massachusetts Institute of Technology on the basis of “stratospheric scores on standardized tests.” While he received a B.S. in mathematics from the institution in 1965, he remained unengaged and seriously considered transferring to the University of California, Berkeley (which he perceived as a more hospitable academic environment) during the first two years of his undergraduate studies. At MIT, he began to program computers (in an effort to cultivate a practical skill set) while continuing to perceive the devices “as very low class… I thought of myself as a pure mathematician and was very interested in partial differential equations and topology and things like that.”

From 1965 to 1969, he remained in Greater Boston as a research assistant for the MITRE Corporation in Bedford, Massachusetts. As MITRE was a defense contractor, this position enabled Diffie (a pacifist who opposed the Vietnam War) to avoid the draft. During this period, he helped to develop Mathlab (an early symbolic manipulation system that served as the basis for Macsyma) and other non-military applications.

In November 1969, Diffie became a research programmer at the Stanford Artificial Intelligence Laboratory, where he worked on LISP 1.6 (widely distributed to PDP-10 systems running the TOPS-10 operating system) and correctness problems while cultivating interests in cryptography and computer security under the aegis of John McCarthy.

Diffie left SAIL to pursue independent research in cryptography in May 1973. As the most current research in the field during the epoch fell under the classified oversight of the National Security Agency, Diffie “went around doing one of the things I am good at, which is digging up rare manuscripts in libraries, driving around, visiting friends at universities.” He was assisted by his new girlfriend and future wife, Mary Fischer.

In the summer of 1974, Diffie and Fischer met with a friend at the Thomas J. Watson Research Center (headquarters of IBM Research) in Yorktown Heights, New York, which housed one of the only nongovernmental cryptographic research groups in the United States. While group director Alan Konheim “couldn’t tell [Diffie] very much because of a secrecy order,” he advised him to meet with Martin Hellman, a young electrical engineering professor at Stanford University who was also pursuing a cryptographic research program. A planned half-hour meeting between Diffie and Hellman extended over many hours as they shared ideas and information.

Hellman then hired Diffie as a grant-funded part-time research programmer for the 1975 spring term. Under his sponsorship, he also enrolled as a doctoral student in electrical engineering at Stanford in June 1975; however, Diffie was once again unable to acclimate to “homework assignments [and] the structure” and eventually dropped out after failing to complete a required physical examination: “I didn’t feel like doing it, I didn’t get around to it.”[9] Although it is unclear when he dropped out, Diffie remained employed in Hellman’s lab as a research assistant through June 1978.

In 1975–76, Diffie and Hellman criticized the NBS proposed Data Encryption Standard, largely because its 56-bit key length was too short to prevent brute-force attack. An audio recording survives of their review of DES at Stanford in 1976 with Dennis Branstad of NBS and representatives of the National Security Agency. Their concern was well-founded: subsequent history has shown not only that NSA actively intervened with IBM and NBS to shorten the key size, but also that the short key size enabled exactly the kind of massively parallel key crackers that Hellman and Diffie sketched out. When these were ultimately built outside the classified world (EFF DES cracker), they made it clear that DES was insecure and obsolete. In 2012, a $10,000 commercially available machine could recover a DES key in days.[citation needed]

From 1978 to 1991, Diffie was Manager of Secure Systems Research for Northern Telecom in Mountain View, California, where he designed the key management architecture for the PDSO security system for X.25 networks.

In 1991 he joined Sun Microsystems Laboratories in Menlo Park, California as a Distinguished Engineer, working primarily on public policy aspects of cryptography. Diffie remained with Sun, serving as its Chief Security Officer and as a Vice President until November 2009. He was also a Sun Fellow.

As of 2008, Diffie was a visiting professor at the Information Security Group based at Royal Holloway, University of London.

In May 2010, Diffie joined the Internet Corporation for Assigned Names and Numbers (ICANN) as Vice President for Information Security and Cryptography, a position he left in October 2012.

Diffie is a member of the technical advisory boards of BlackRidge Technology, and Cryptomathic where he collaborates with researchers such as Vincent Rijmen, Ivan Damgård and Peter Landrock.

In the early 1970s, Diffie worked with Martin Hellman to develop the fundamental ideas of dual-key, or public key, cryptography. They published their results in 1976—solving one of the fundamental problems of cryptography, key distribution—and essentially broke the monopoly that had previously existed where government entities controlled cryptographic technology and the terms on which other individuals could have access to it. “From the moment Diffie and Hellman published their findings…, the National Security Agency’s crypto monopoly was effectively terminated. … Every company, every citizen now had routine access to the sorts of cryptographic technology that not many years ago ranked alongside the atom bomb as a source of power.” The solution has become known as Diffie–Hellman key exchange.

Dr. Diffie has suggested books in the following categories: